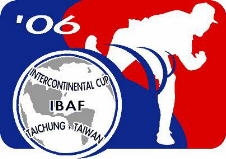 Dutch team shuts outs China
Nederlands
GUANGZHOU (China) - The Dutch National Team shutout the national squad of China, 12-0, on Friday-evening in the first of two games between the two countries. Both teams will meet again on Saturday. The two games are part of the preparations for the upcoming Intercontinental Cup-tournament in Taiwan, which opens next week.
The game was played in the baseball stadium of the Olympic Training Centre in Guangzhou (formerly known as Canton), where the Chinese national baseball-team already is together for a week. There, they practice and play under guidance of former Major Leaguers Jim Lefebvre (manager) and Bruce Hurst (pitching coach). Despite some smog, which hangs over the city, the circumstances to play were fine, as it was 27 degrees Celsius. Some 50 spectators showed up to watch the game. On Thursday, the Dutch squad practiced after arriving in China on Wednesday-morning. After Saturday's game, two more daily practices will follow, before the team leaves for Taiwan.
(November 3)

China beats Dutch team
Nederlands
GUANGZHOU (China) - On Saturday, the Dutch National Team lost the second of two exhibition games against the national team of China, 8-6. This marks the first time that China won an international game against the Netherlands after losing the first five games between the two countries.
The Dutch team now will practice on Sunday and Monday, then on Tuesday will fly to Taipei in Taiwan. A busride then follows to Taichung, where the Intercontinental Cup-tournament opens on November 9.
(November 4)

Dutch open IC with small loss vs. Cuba
Nederlands
TAICHUNG (Taiwan) - Despite leading twice, the Dutch National Baseball Team opened the Intercontinental Cup in Chinese Taipei on Thursday-morning with a small 3-2 loss against Cuba, which won the last edition of the event in 2002.

The Dutch team, which played a good game, took a 1-0 lead in the third inning when Eugene Kingsale (fielder's choice) scored on a double by Sharnol Adriana, but Cuba came alongside immediately in its half of the third at bat when Michel Enríquez Tamayo scored. In the first inning, Cuba had left three runners behind. Dutch starter Rob Cordemans walked the first two batters he faced, but then the lead runner was caught stealing. A two-out single and another walk then loaded the bases, but Cordemans ended the at bat by striking out Yoandry Urgelles Romay.
(November 9)

Dutch defeat Italy
Nederlands
TAICHUNG (Taiwan) - The Dutch Baseball Team on Friday-evening won 10-8 vs. Italy in their second game of the